As each year passes at the Lord’s Mission Central we see more and more and more REAL MIRACLES!
On January 22nd, 2022 old Missionary Gary was scheduled to drive nearly 4 hours out to Davenport, Nebraska to speak on Sunday the 23rd of January at St. Peter Lutheran Church.  The week had been filled with so much activity and appointments.  The old missionary was truly tired, and had planned on driving for this appointment.
The Lord knew what was going on, and a telephone call came from Mr. Carl Elting of Edgar, Nebraska and he said, “I would be willing to come to Mapleton International Airport and pick you up on Saturday the 22nd!”  Wow, what a blessing….the Lord sent a new Missionary Pilot to help with our work!  What a JOY to have Carl come and fly old Missionary Gary to Davenport, Nebraska in just a little over an hour flight.
Carl Elting is now our newest Missionary Pilot, and what a blessing to have his help!  Here you see Carl and his missionary aircraft!  The Lord always is able to “send just the right people at just the right time”. 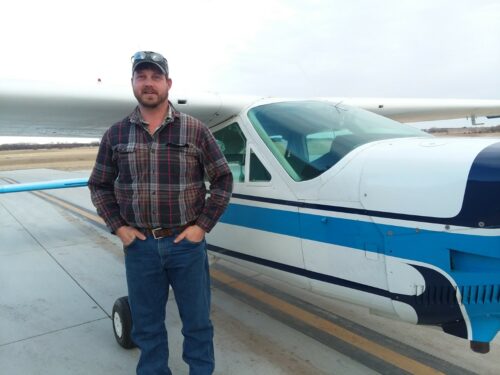 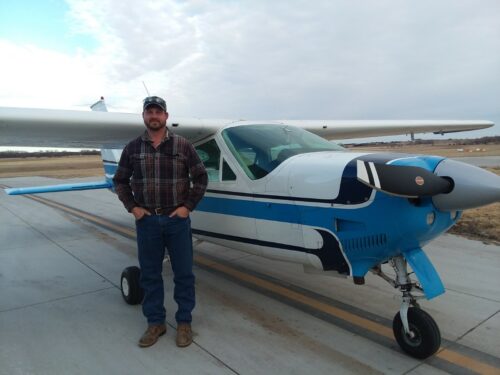