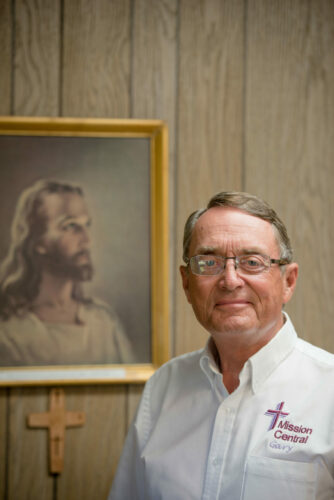 On June 1, 1994, the work of Mission Central started in the basement of a farmhouse as Mr. Gary Thies prayed for the Lord to raise up “not normal” people who would take the mission of Jesus personally and support missionaries around the world. The expanded campus of Mission Central was dedicated in a service held on a Saturday afternoon in August of 2003.

You can’t miss the large lit sign in the driveway and the Wayside Chapel as you drive East just two miles outside of Mapleton, Iowa. With the blessing of the headquarters of The Lutheran Church Missouri Synod (LCMS) in St. Louis, Missouri and area Districts such as Nebraska, Iowa West, Kansas, South Dakota and others, much has happened to further the Lord’s mission.

The Lord has provided this place for missionaries to stay when on home service, offices where some of the 104 volunteers work to support their missionaries, facilities for mission events and worship space for more than 300. A new addition in 2017 includes a Creation Theater.

Mission Central is the largest mission network that is providing support to LCMS Office of International and National Mission also known to many people as LCMS World Mission. It continues to be blessed by God as a conduit to raise millions of dollars every year to send and keep missionaries in the mission field.

Since its beginning, Mission Central has had thousands of visits from missionaries and their families and tens of thousands of people from hundreds of congregations have come to tour, pray for and send missionaries all over the world.

God has indeed blessed this place to be a mission center focusing on telling others about Jesus!