We have thousands of people that the Lord sends to HIS Mission Central.  However, one of the groups that Old Missionary Gary enjoys having more than any ARE THE YOUNG STUDENTS THAT COME FOR A SPECIAL TOUR OF THE LORD’S CREATION THEATER, THE BARN MUSEUM AND THE MINISTRY CENTER.
One of the MOST ATTENTIVE GROUPS THAT EVER HAVE VISITED THE LORD’S MISSION CENTRAL CAME ON September 21st, 2021!  St. John Lutheran School from Battle Creek, Nebraska came under the direction of Dr. Nick Onnen.  This group of young missionaries were so well behaved and so attentive.  Every one of the students were like “little sponges” just SOAKING UP THE MESSAGE!
What a JOY to work with students like this, and before they left, each on of the students were SWORN IN as official missionaries for the Lord Jesus the rest of their lives!
Here you see the students by the sign, the students in the barn dressed like people from “all over the world”, and finally, as they had their lunch for the day.  WHAT A GREAT GROUP OF YOUNG MISSIONARIES!!!!!!! 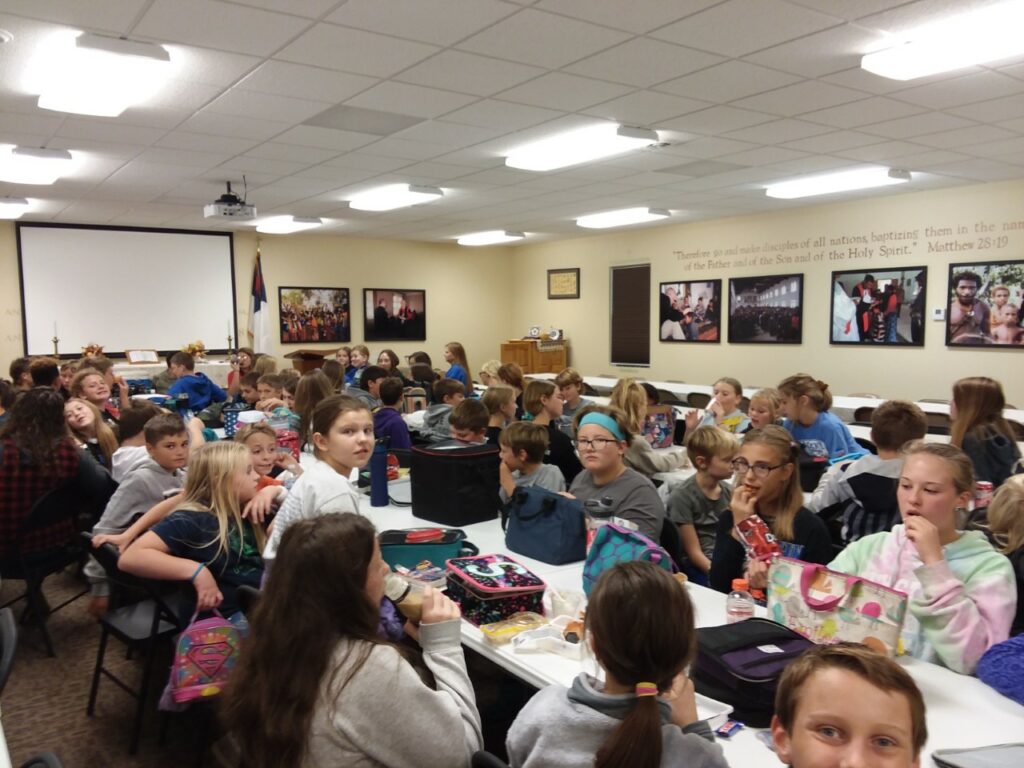 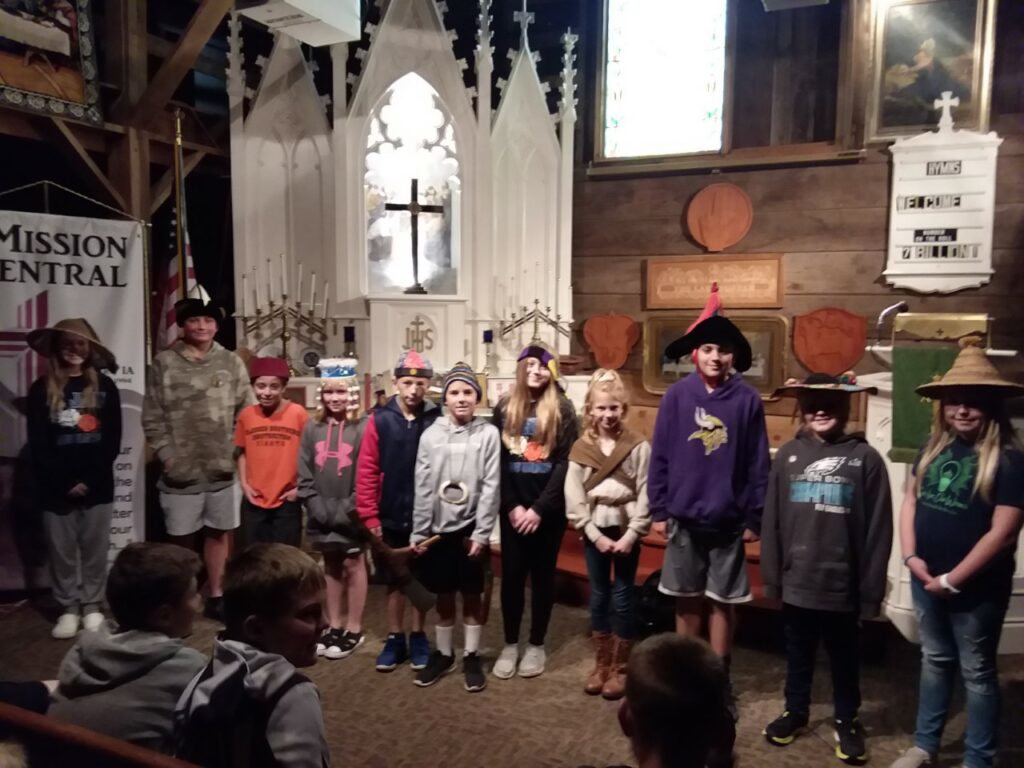 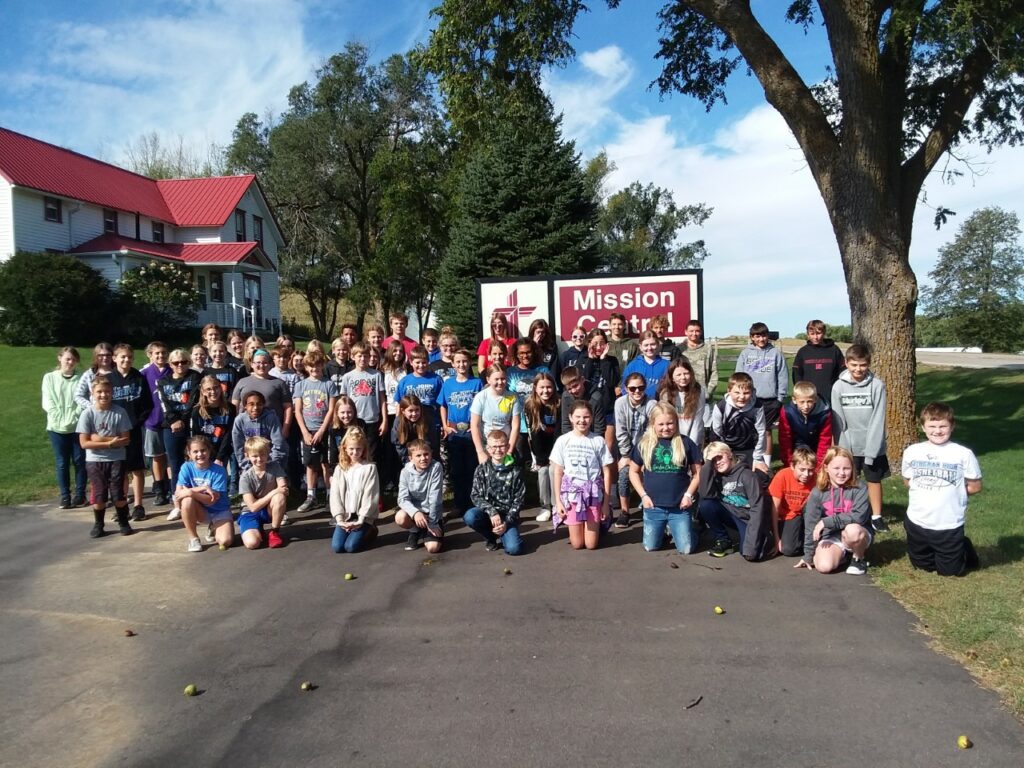