ST. JOHN LUTHERAN SCHOOL FROM BATTLE CREEK, NE. ARRIVE!
September 4th, 2019, was indeed a special day!  On that Wednesday, the two big buses rolled into Mission Central at 10:30AM from St. John Lutheran School at Battle Creek, Nebraska.  This group was under the direction of the Honorable Missionary Dr. Nick Onnen, the head Principal of this amazing school.
The two school buses were filled with about 60+ students and teachers, and what a JOY to welcome them to this MIRACLE PLACE!  The students were so attentive, and they were able to see the new Lord’s Creation Theater Tour, and the Barn Museum and in addition they learned of religions around the world.  The students were better able to understand the cultures from around the world, because they were “dressed up” in clothing from around the world.
They were able to see THE MOST unusual items from the highlands of Papua New Guinea and then see the people in a special program.  The school is supporting and praying for their missionary Jana Ingelhart, who is down in Latin America and living in the Dominican Republic.  Old Missionary Gary presented the stories and pictures of Jana and her work and the people she is reaching for Jesus.  The school’s chapel offerings for August and September will be going to help keep Jana at her post there in Latin America.
In the attached pictures you will see the students dressed up, at their lunch, and then by the Mission Central sign and by the chapel and their buses.  It was indeed a very, very special day.  All the students went home knowing and understanding that they can tell people about Jesus and THAT EACH ONE OF THEM IS A MISSIONARY ALSO…. 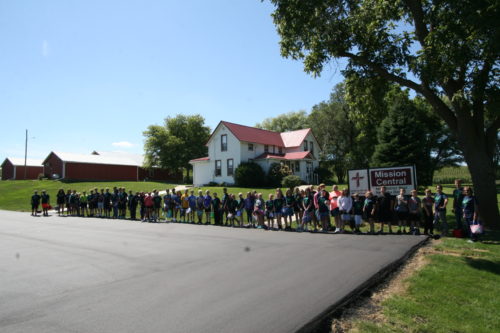 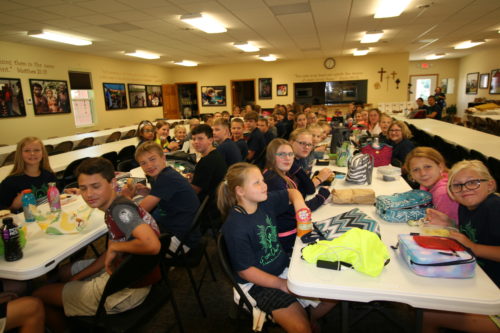 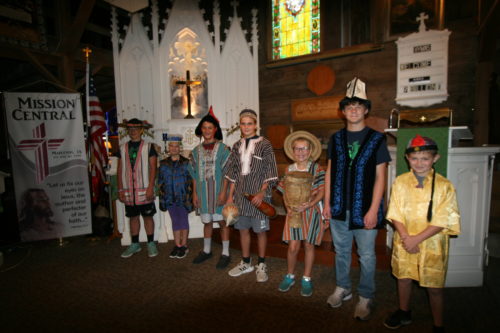 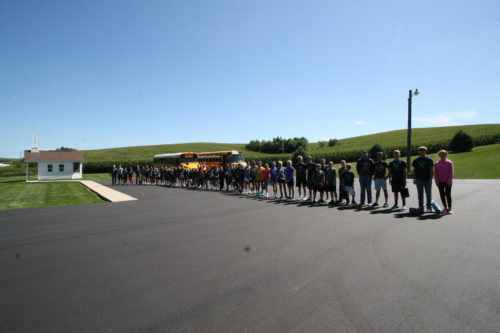 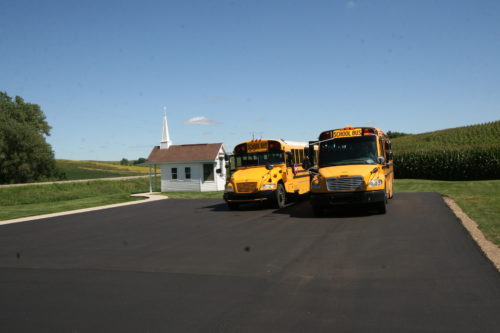