There are special friends that come from all over the United States to visit this MIRACLE PLACE called Mission Central.

Our friendship with Marvin and Delores Kugel began more than 20 years ago, when the Lord allowed Old Missionary Gary to speak at their rural church near Daykin, Nebraska and at that time the Honorable Missionary Pastor Rev. Rick Kanoy was the Shepherd there.  It was one of those DIVINE INTERVENTION times, and Marvin and Delores were special friends from that time on.  I could tell right away that they were NOT NORMAL people.

Both of them came to Mission Central a number of times, and then Marv was called to our real home, but Delores always stayed in touch.  She heard of our new Creation Theater, and wanted to badly to come “one more time”.

Their dear, dear daughter, Margaret Hoult, was so kind to drive her mom over to Mission Central, and Margaret lives near Howells, Nebraska.

It was a special, special day for us on September 12th, 2018, here at Mission Central, because Rev. Brent Smith was here, and Marv and Delores had supported Brent and his family when they were in Russia and Eurasia.  Delores and Margaret were able to see the new Creation Theater for the very, very first time.  Here you see these folks in front of our Boss here at Mission Central. 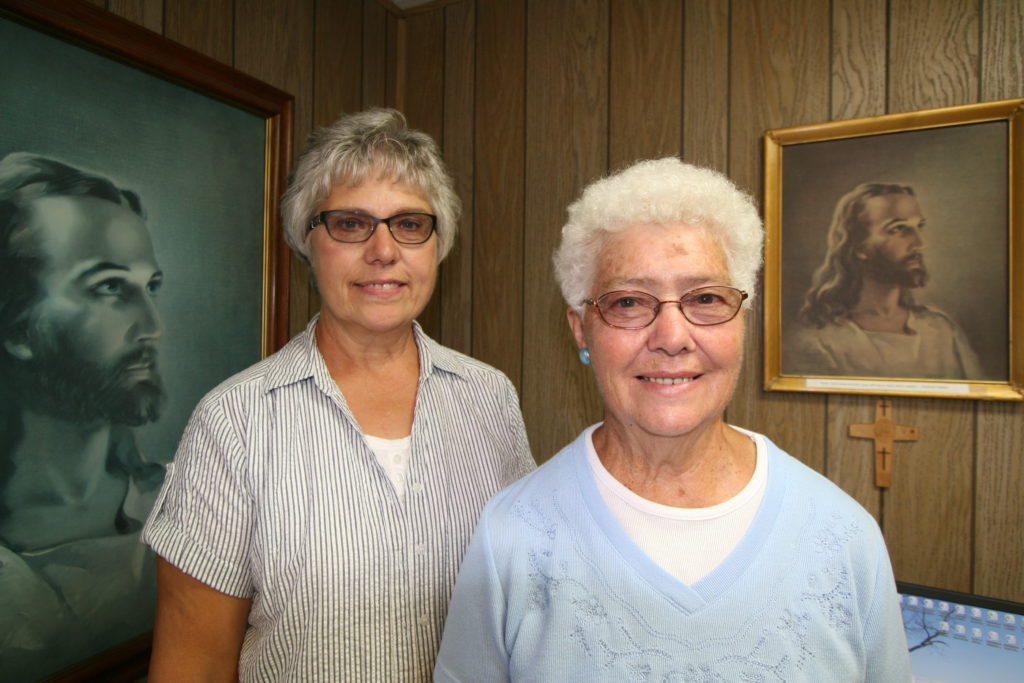