NOT NORMAL MEYER FAMILY FROM JOHNSON, NEBRASKA COMES AND BRINGS THEIR FAMILY & FRIENDS!

It was a special Tuesday at the Lord’s Mission Central.  A special day tour was planned for a new family that old Missionary Gary had never met until he had the privilege of speaking at Trinity Lutheran Church in Auburn, Nebraska!  Yes, the Lord always puts the right people at the right place at “just the right time”.
What a JOY and blessing to welcome the Brian and Amber Meyer family from Johnson, Nebraska, who brought their 4 children and also two special guests!
They enjoyed a full tour of the entire facilities here at the Lord’s Mission Central!  Here in the photos you will see the family in the Lord’s Creation Theater, where you will see Brian, Amber, and their children Austin, Justin, Emerson and Dillion.  Their two special guests that they invited along were Emmitt and Dierks Caspers from Tecumseh, Nebraska!
The young people enjoyed the tour of the Barn Museum where they had the privilege of wearing some hats from around the world.  It was a time these young missionaries will never, never forget.  This entire group was “sworn in” as Missionaries for the rest of their lives, and each received a special Walnut Cross to wear, and also 2 Gospel Books to share with people who don’t know about Jesus.  In the pictures you will see them wearing their crosses!
The day ended with a final prayer in the wayside prayer chapel, and this special group praying the Lord’s prayer together.  It was a day that Old Missionary Gary will never, never, never forget! 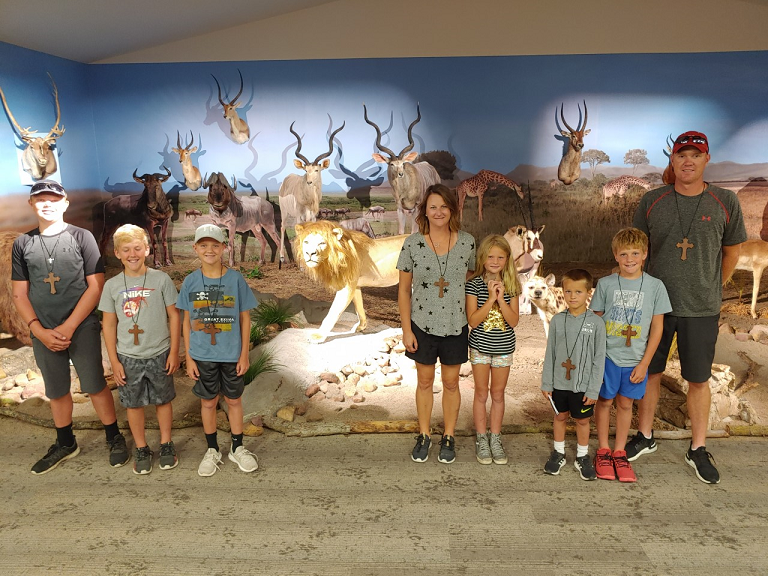 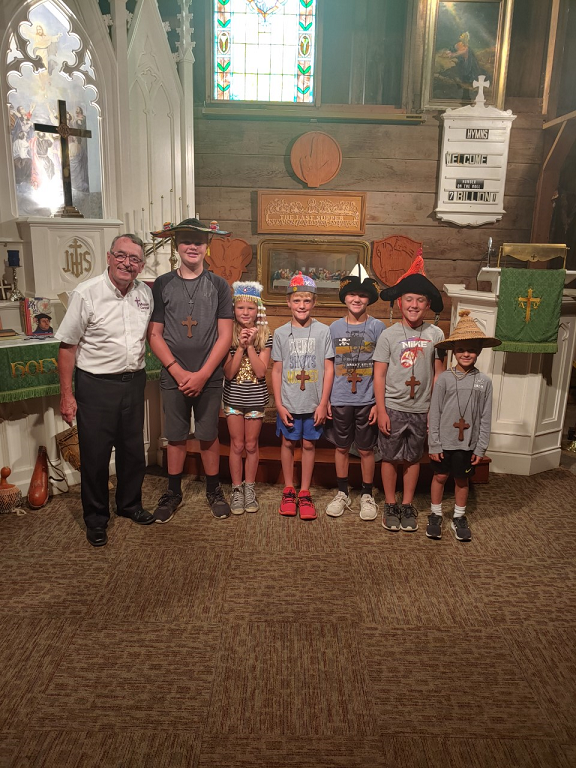