The only kind of people that come to the Lord’s Mission Central are NOT NORMAL PEOPLE!  How many times have you heard that???  Yes, what a blessing that the Lord sends special families that don’t care how far they drive….they just want to come and hear about Jesus and HIS mission!

About 20 years ago old Missionary Gary had the honor and privilege of meeting some dear, dear, dear personal friends from Webster City, Iowa…Terry and Jo Reaman!  When Terry was called to our real home, Old Missionary Gary had the privilege of being a part of that special funeral for Terry.  This family has been a part of the Mission Central family, and it is carrying down to their children and Grand Children.

Yes, on August 4th, the daughter of this dear family, Heidi Buelow and her dear husband Tim Buelow drove from Des Moines, Iowa to come to Mission Central and they brought the next generation of missionaries, their sons, Nathanael and Benjamin.  What a JOY to have them spend this time together!  They enjoyed the tour of the barn, hearing their missionary Rev. Arthur Rickman, and a special tour of the 6th day of creation in the Lord’s Creation Theater.

Before they left they had their picture taken with our Boss in the background and even with their old friend Missionary Gary.  It was indeed a very, very special day! 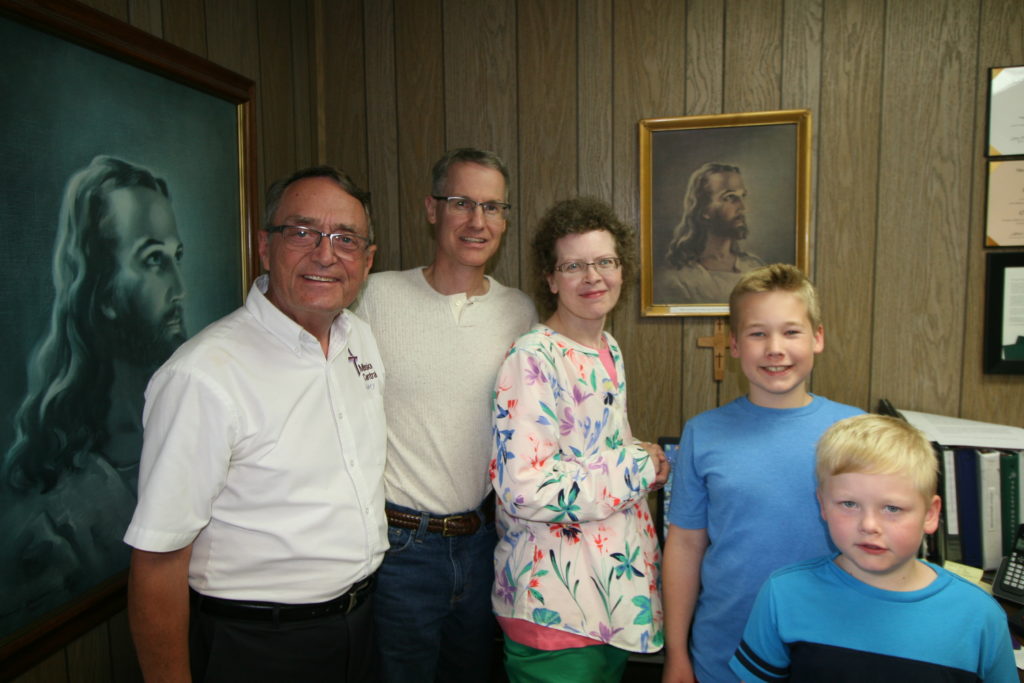 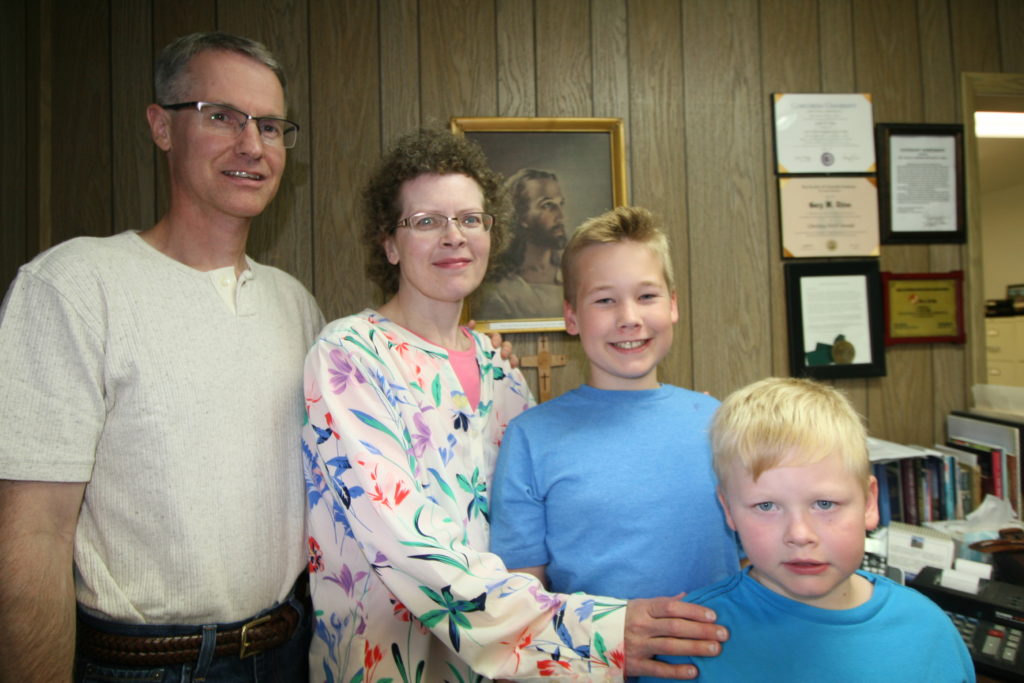