What a blessing to be able to be at St. Paul Lutheran Church at Hartley, Iowa on Wednesday the 24th of April for the Regional LWML Zone Rally.

The group was one of the best and most attentive groups that old Missionary Gary was able to visit in many years.  Having known nearly all of the members of the LWML group that gathered there is was such a blessing to see them all again.

The presentation was given on Dr. Martin and Marie Dicke our LCMS Missionaries serving the Lord Jesus in the mountains and jungles of Papua New Guinea.

It was important for the entire group to witness what the people wear there in the jungles and it was wonderful that we had two very special helpers to wear the clothing of the jungle people.

Here you see three very, very NOT NORMAL people who were at the Rally and two of them did an outstanding job of being our models for the native people in this remote part of the world. 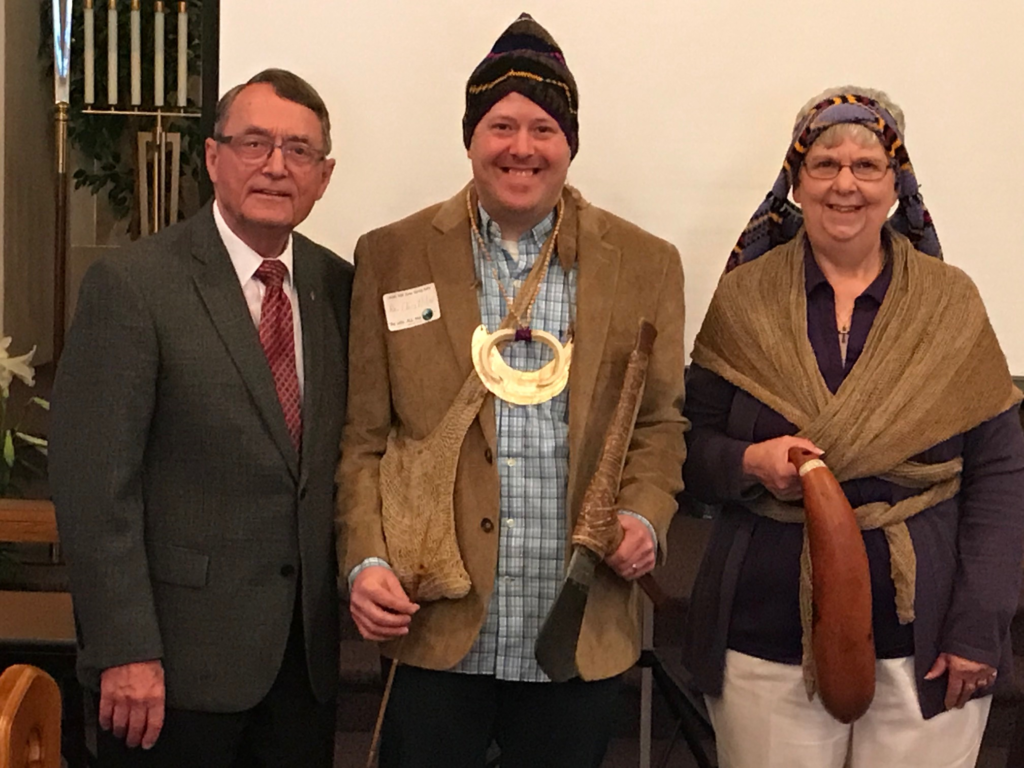