It was an afternoon event for two special grandmothers that brought their grandchildren to Mission Central for an afternoon tour.

Yes, Grandmother Sharon and Grandmother Glenda brought their grandchildren to the Lord’s Mission Central for them to hear the story of the 6th day of Creation and also the story of “The word became flesh and dwelt among us”.  This group enjoy the Creation Theater and the Barn Museum.  They began with a prayer the little wayside prayer chapel, and then a tour of the office with the story of our Boss and HIS picture above our desk here at Mission Central.

It was a day that many of these grandchildren will never, never forget.  All the way from over two hours to the north and from Lincoln, Nebraska and Schleswig, Iowa…..what a group!

Here you see the group with their grandmothers in the barn in front of the altar. 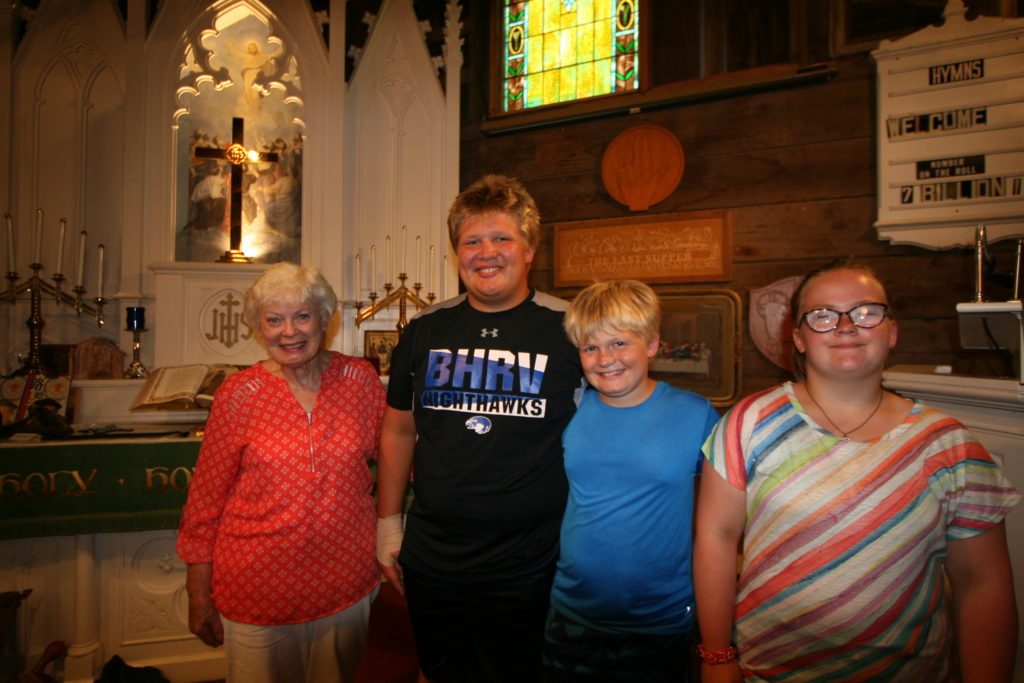 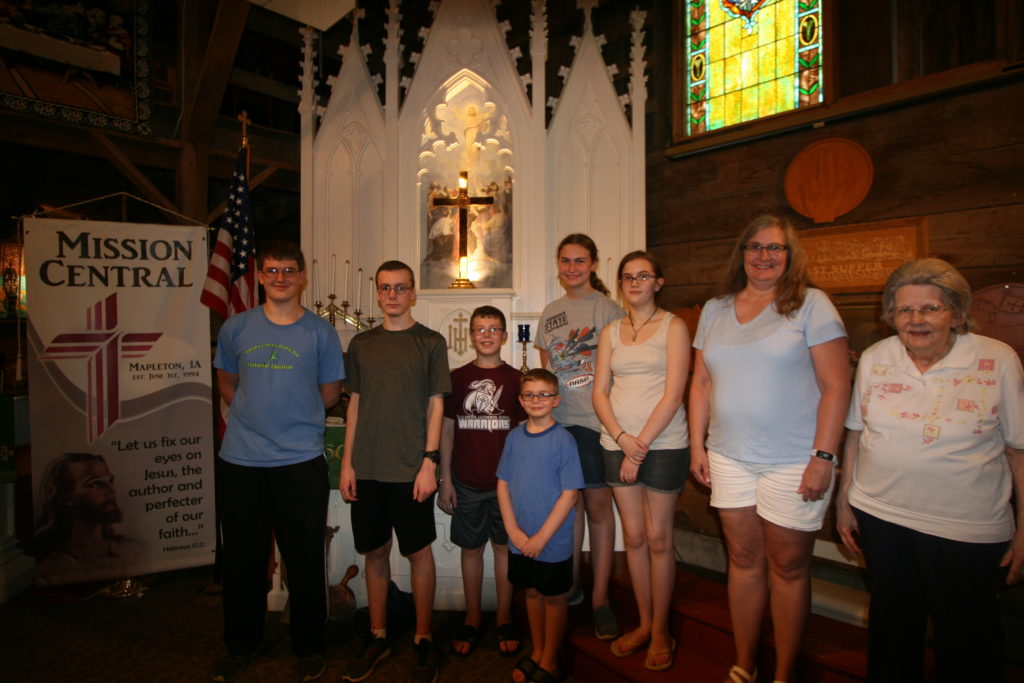