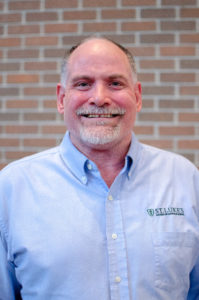 Pastor Gary Schuschke serves as a  missionary as pastor of Trinity Lutheran Church in Frankfurt, Germany, where he reaches out to the people of this international city.  He ministers to the congregation, but also reaches out to so many immigrants  who are searching for answers from many countries that are represented in this city.

Pastor Schuschke was raised in the mountains of Colorado.  He graduated from the University of Northern Colorado in 1987 and received his Lutheran Teacher’s Diploma from Concordia College, Seward, NE in 1992.  While at Concordia, Seward, he completed his student teaching at the Hong Kong International School in Repulse Bay, Hong Kong.  He taught for Lutheran schools in San Angelo, TX and Alexandria, VA. In 1995, he began his Masters of Divinity studies at Concordia Seminary, St. Louis.

While in the Seminary, he spent a year as an exchange student at the Seminary of the Evangelical Lutheran Church of England at Westfield House in Cambridge, England.  In 2000, Pastor Schuschke was called to serve at St. Luke’s Lutheran Church and School in Oviedo, FL.  During his time at St. Luke’s he has helped to establish a mission partnership with the Lutheran Church in Sloka, Latvia.  He has taught New Testament and Theology for the FL/GA District Concordia House of Studies.  He has also served as the Director of Spiritual Care for the Lutheran Haven Retirement Community.

Please pray that God will use Missionary Pastor Schuschke to share Jesus with people from all over the world.