Greetings, dear friends and supporters in Christ! I want to tell you a bit about the third ever Mercy Medical Team (MMT) visit to West Africa. It took place in Yardu, which is a village in the northeastern part of Sierra Leone, and was by far our most blessed and successful. Yardu is in the Kono region and that’s where our dear friends, Rev. Ricky and Kim Jacob, established their work the very same year we first deployed to Africa – 1988. In fact, all five days of clinics took place in their former home, which they had to abandon in 1992 because of the outbreak of civil war. That home spent a number of years in rebel hands. But, last week, it became once again the site of the outpouring of Christ’s mercy! All told, over the 5 days, the team served 1,450 people, including some men and women who had both arms cut off by the rebels during the war so that they could not use their finger-prints to vote in elections. All of this transpired in the context of a country that also recently lost thousands of people and 90% of its doctors during 3 years of the worst Ebola outbreak in human history. What an incredible example of the redemptive and healing power of Christ – truly mercy for those who know no mercy! 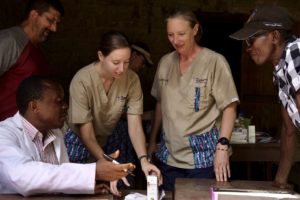 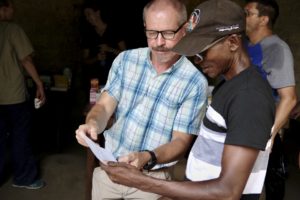 Rev. Gary Schulte and Rev. James Yasseh confer on a prescription presented at the pharmacy. 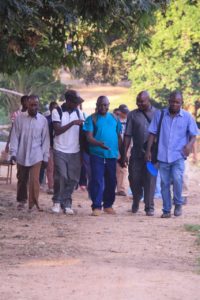 Rev. Stephen Ngaujah confers with other Sierra Leone church leaders during the MMT. 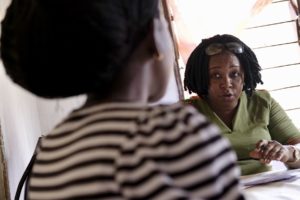 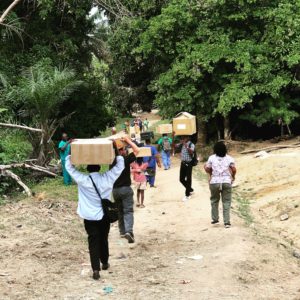 The best way to carry medications. 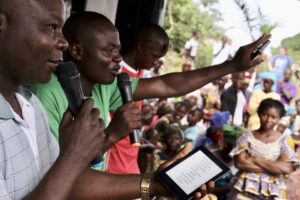 President Bundor shares a morning devotion with the crowd waiting to be seen by the Mercy Medical Team.