John and Hannah Loum – The Gambia
Profile and Adoption Agreement 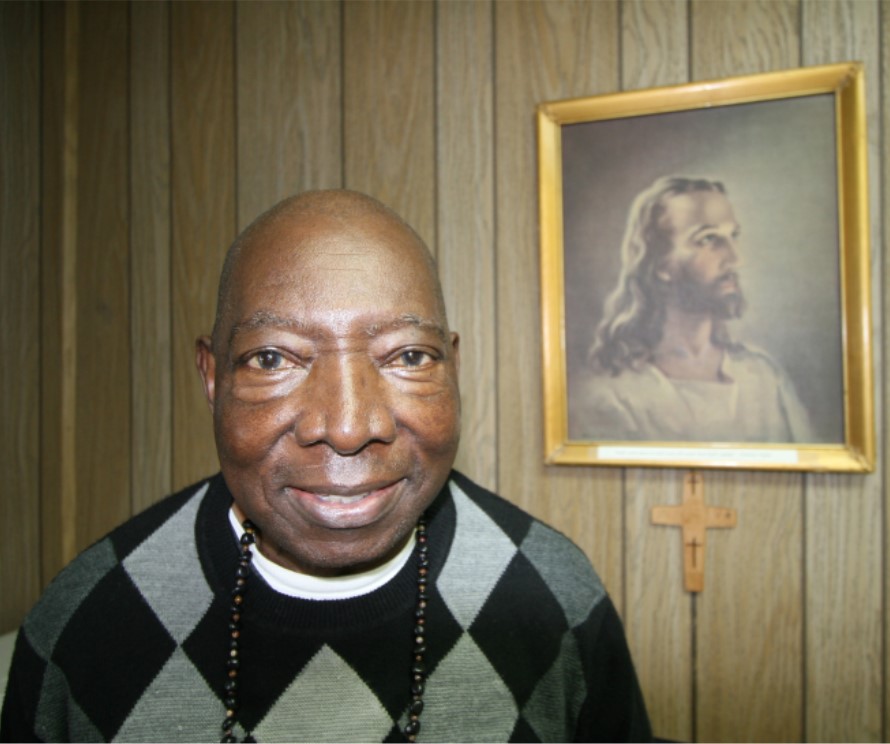 Rev. Dr. John Loum serves in the Gambia. His work is in partnership with Concordia Seminary, St. Louis, where he continues to serve as the director of the Ethnic Immigrant Institute of Theology (since 2006). This unique partnership makes it possible for John to serve part time in the Gambia under LCMS’ Office of International Missions.

In the Gambia, John serves as a theological educator, catechizing and teaching the Lutheran faith to adults and children. He instructs lay leaders on key Lutheran doctrine. He also equips members and youth with evangelism tools and guides them on how to communicate the Gospel to their Muslim neighbors and friends. John also organizes weekend workshops for lay catechists, evangelists and Lutheran teachers/educators where the Lutheran message is shared.

John was born in Banjul, the Gambia. He received his master’s degree from Hartford Seminary, Hartford, Conn., and his doctorate degree in missiology from Concordia Theological Seminary, Fort Wayne. Over the years, he has served among Muslim people in Africa, Europe and the United States. He served at St. Augustine Lutheran Church; at Christian Friends of New Americans in St. Louis; and as a missionary for a Danish mission in Denmark. John’s interests include reading, traveling and spending time with his family.

John’s wife, Hannah, supports him as he serves in the Gambia. She was also born in Banjul, the Gambia. She currently works in the resale shop at Concordia Seminary, St. Louis. She enjoys speaking, volunteering, and being a prayer advocate, and she is passionate about mission and evangelism work. John and Hannah have four sons – John Jr., Hans, Cyril and Donald (Cyril and Donald live at home).

Pray for John as he serves in the Gambia. Ask God to continue to sustain him and the mission work being done in this country which is over 90% Muslim. Pray that hearts are opened to the Word of God that John is teaching in the classroom and workshops. Ask God to work out the transportation challenges that come with doing mission work in rural areas. Pray that God protects and gives wisdom and faith to the Lutheran school children who go home to their Muslim families. Let’s give thanks that John is serving in this part of the world.