LIFETIME MISSIONARY CERTIFICATES AWARDED AT MISSION CENTRAL ON MAY 24TH, 2021!

Never in the 27 year history of Mission Central have such special awards ever been given!  On May the 24th with a large crowd present, two young missionaries were awarded lifetime missionary certificates.
Yes, 9 year old Judah Kaiser from Glenwood, Iowa, the son of Rev. Seth and Kate Kaiser, and 9 year old Noah Kaiser from York, Nebraska the son of Rev. Ben and Kelli Kaiser were both awarded their certification as LIFETIME MISSIONARIES!
Fully qualified and certified, these young men received their awards in a special ceremony!  In the attached photos you will see these missionaries holding their certificates, and immediately following the ceremony the entire group went to the Barn Musem at Mission Central and the 2 missionaries, and Sophie, the sister of Missionary Noah Kaiser were dressed in hats from China and Mongolia to indicate the Lord’s message and command to: “Go into ALL THE WORLD” in Mark 16:15.
It was one of the most special events in the History of the Lord’s Mission Central.  We will NEVER forget this special day! 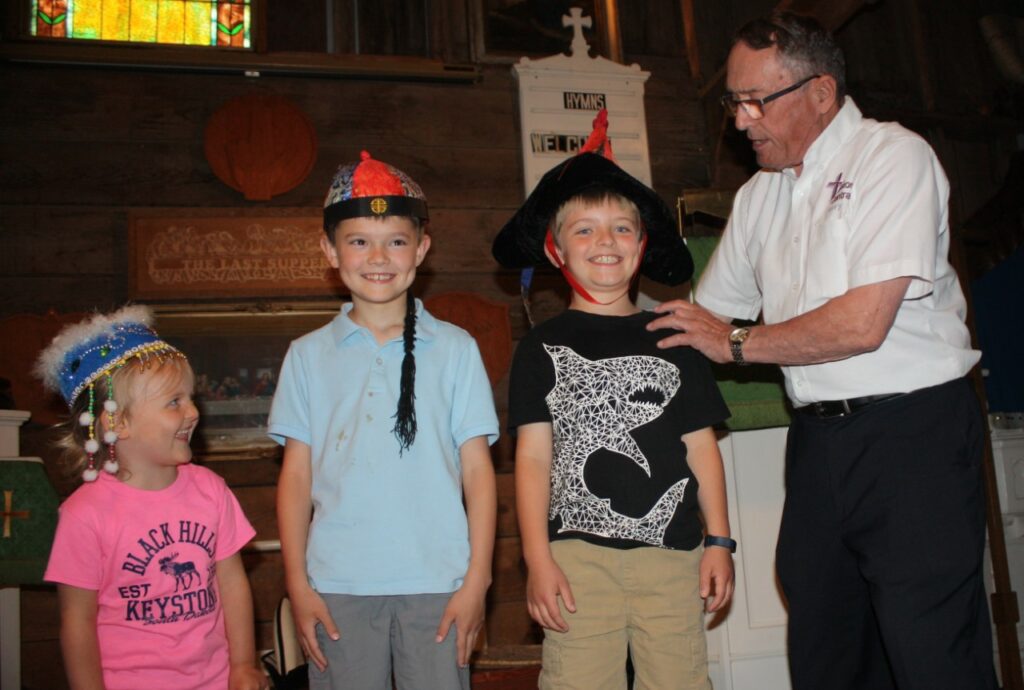 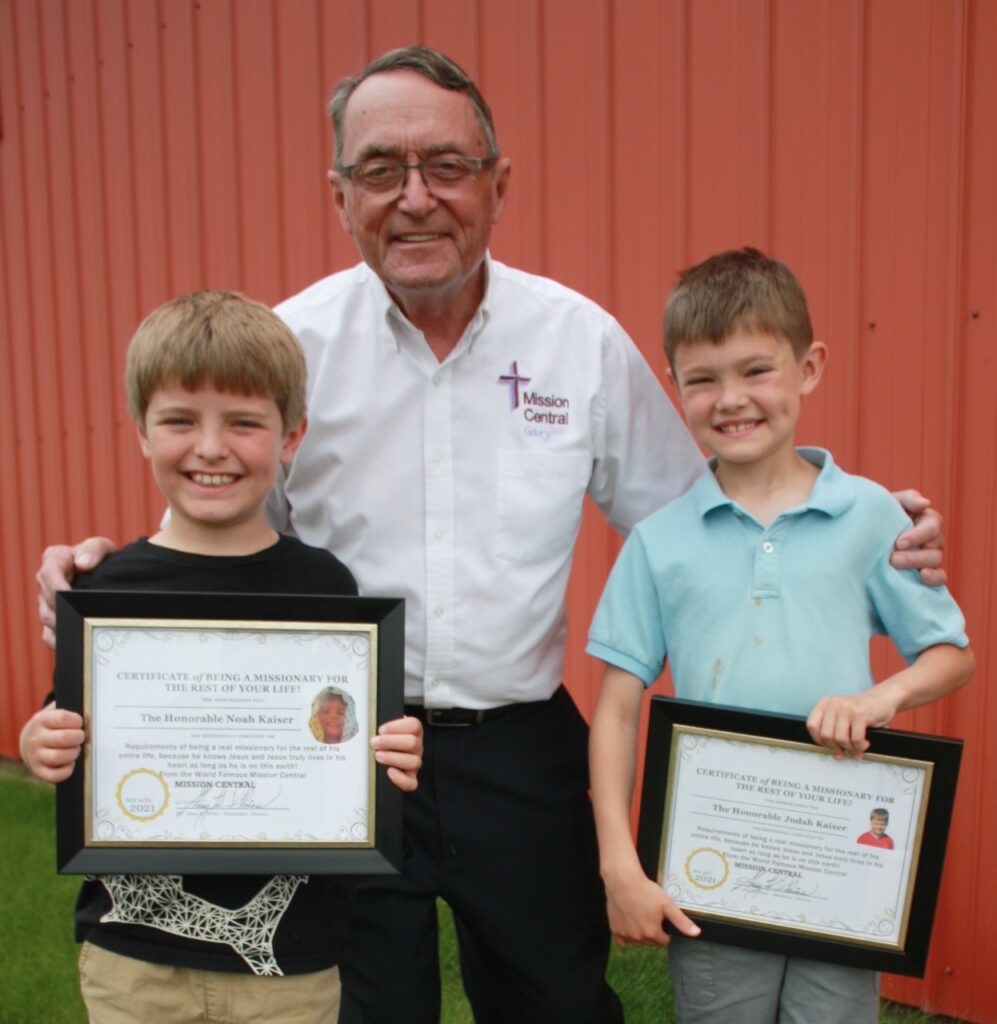 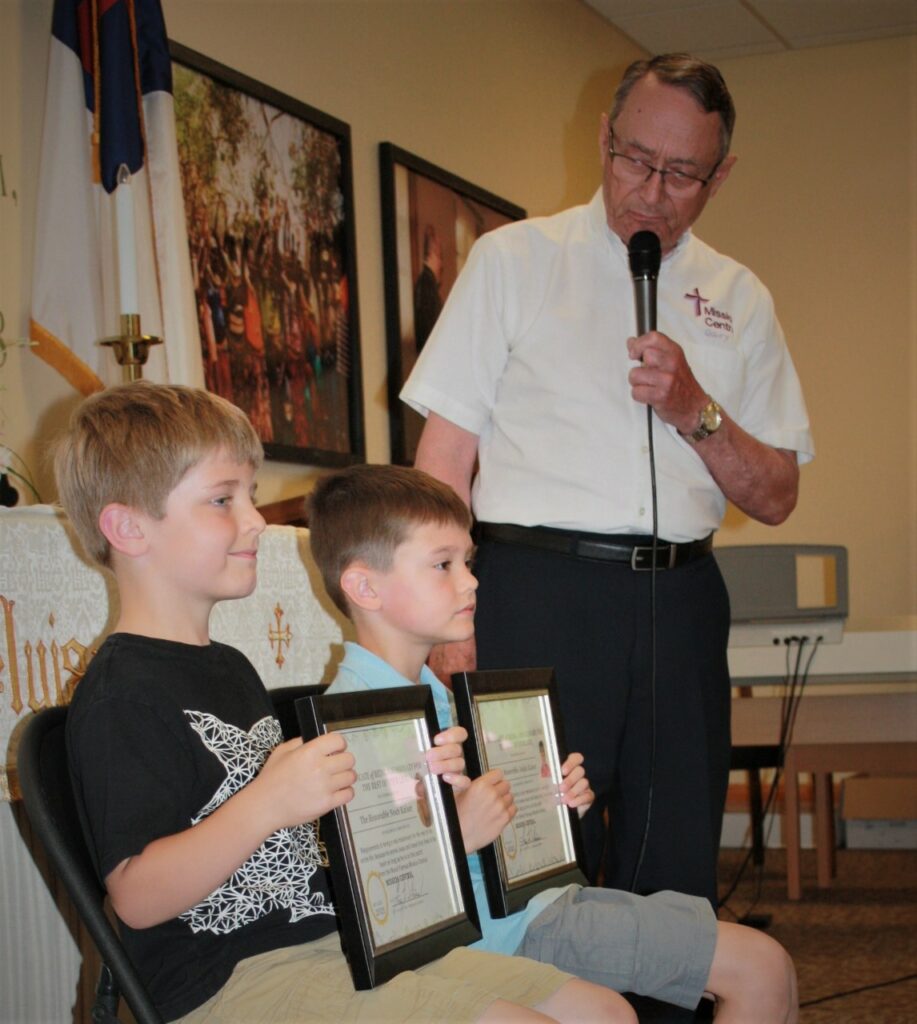