GOD IS DOING AMAZING THINGS THAT FEW PEOPLE HEAR ABOUT OR HAVE KNOWLEDGE OF MIRACLES HAPPENING!

GOD IS DOING AMAZING THINGS THAT FEW PEOPLE HEAR ABOUT OR HAVE KNOWLEDGE OF MIRACLES HAPPENING!
We just received this wonderful news from our dear Missionary Rev. Chris Tiews and his family located in Germany.  This family is really being blessed by the Lord as they reach out to so many people in Darkness!  We have attached the picture of the event described by Rev. Tiews in the following report from him.  We have also attached the picture of the family and sending of these dear folks.  THEY ARE DOING SUCH EXCELLENT WORK AND WE ASK YOU TO PRAY FOR THIS FAMILY.  Isn’t it amazing that ONLY 20 PERCENT OF THE PEOPLE OF IRAN ARE INTERESTED IN ISLAM!
This picture was taken at a “Meet Your German or Iranian Neighbor” workshop recently held at Redeemer Lutheran (SELK), Düsseldorf. Notice anything? Almost everyone is facing the camera, including the Iranians. Before taking the picture, the cameraman pointed out that anyone not wishing to be recognized (for fear of their image winding up in the hands of Iranian security) was free to turn away. Almost no one did. In fact, someone even blurted out, “Why turn around? The mullahs are on their way out!” Everyone cheered at that statement. Organized by Rev. Gerhard Triebe, pastor of Redeemer Düsseldorf, and Rev. Walter Hein, pastor emeritus of the Church of the Cross, Witten, this workshop provided an excellent venue for the two groups to get to know one another better—both in private conversations and also through the testimony of many Iranian church members regarding their refugee / immigration experience. Once again, we heard the stunning statistic that less than 20 percent of Iranians are interested in Islam. In fact, many observers feel that were the mullahs to disappear tomorrow, a large percentage of the population would become or reveal themselves as already being Christian. This flies in the face of the Iran we all thought we knew, where for decades we’ve seen pictures of angry mobs supporting the Ayatollah. Please continue to stand alongside your LCMS missionaries, and our brothers and sisters in the SELK, as we share the Gospel with these brave Iranian women and men. We pray that the cruel Iranian regime would soon be swept into the dustbin of history—not only so that the oppressed would be liberated, but especially so that Christianity would once again be able to flourish in one of the first regions to embrace our faith. After all, one of the oldest churches in the world (built in 66 A.D.—during St. Paul’s lifetime) is in West Azerbaijan Province, Iran! 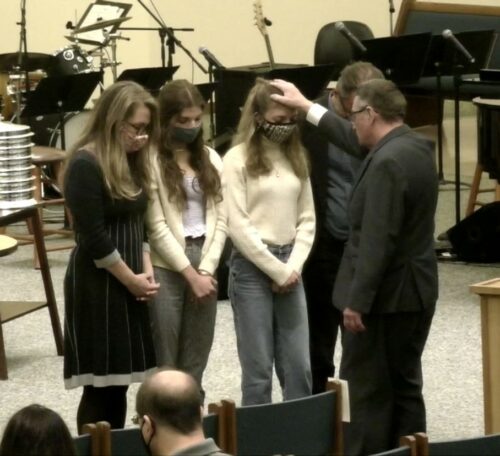 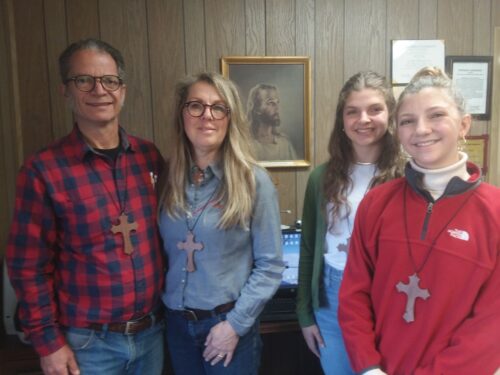