Full house in the theater!

More and more and more people are coming to the World Famous Mission Central in the middle of nowhere in the hills of Western Iowa.  However, it’s so important to know that the only people that come here are people who are truly NOT NORMAL!  People that are in the world but not of the world!

That was surely the case on November 10th, 2018…when the Lord called about 150 people to come on this Saturday to see…not what we have done, but what God has done with this old set of farm buildings in the middle of nowhere!

Yes, we had three missionaries come to speak this day from Belize, Latin America and Canada and East Africa….People came all over the entire Mid-West….and they also came to see the story of what God did on the 6th day of Creation!!!  They came to see that the story of Creation that is explained so clearly in the Bible is true and absolutely certain!

Do you want to see what a “FULL HOUSE” really looks like?  Well, take a “gander” at this picture, which shows that we had every seat taken in the Lord’s Creation Theater on November the 10th, 2018!!!  We even had the people setting on the steps!!!

Were it not for the WIDE ANGLE LENS, we couldn’t have taken this picture of the HUGE, HUGE crowd that spent the day!!!

The Lord truly CALLED these special people to come and see what God can do in the middle of nowhere in the hills of Western Iowa!!! 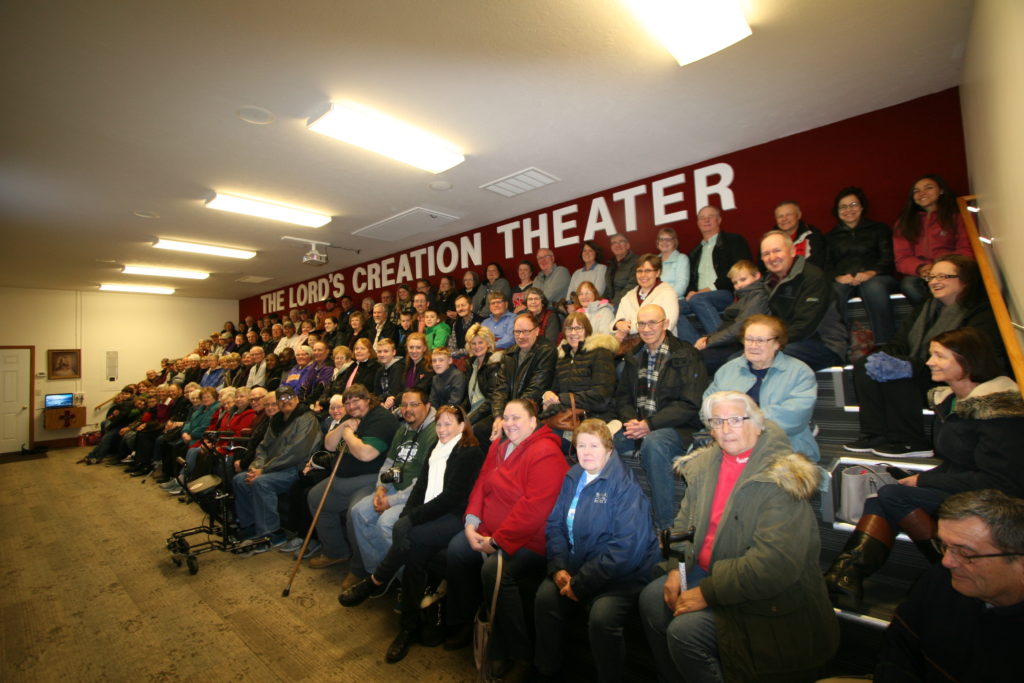